Depart from Chicago or Washington DC (IAD) for Israel via United Airlines. Beverages and meals will be served on board.

Arrive in Tel Aviv and meet our guide. We will drive north along the coast to the Galilee and check-in at the hotel to enjoy dinner and a good night’s sleep.

Begin our day with a visit to Sepphoris (Zippori National Park), with its Roman ruins, Crusader fortress and Byzantine mosaics. Continue to Caesarea, an excavated city built by Herod the Great 2000 years ago. Climb up Tel Megiddo, one of Solomon’s ancient chariot cities, for a view of the Jezreel Valley and future site of the battle of Armageddon. Feel like you’ve been transported back to biblical times and experience the Israel of Jesus, see its sights, hear its sounds, and even breathe in its aromas at Nazareth Village.

We will start our day with a visit to the site of ancient Caesarea Philippi, where Jesus demanded to know of His disciples who people were saying He was. Continue to the Nimrod Fortress. The fortress commanded the northern road which led from the Mediterranean coastline to the city of Damascus, overlooking the magnificent views of the Hula Valley, the Upper Galilee, the Golan Heights, Mount Hermon and the mountains of Lebanon. Next we will climb up to the Golan Heights and remember the Road to Damascus. Visit Capernaum – known as Jesus’ “own town” (Matt. 9:1) – “walking where Jesus walked” takes on thrilling new meaning. At Tabgha we will remember the miracle of Multiplication of loaves and fishes (Mark 6) with which he fed thousands of people. Afterwards, to the Kibbutz Nof Ginnosar to view the “Jesus Boat,” a 2,000-year-old boat that has been preserved until today. Then you will enjoy a boat ride on the Sea of Galilee.

After breakfast we visit ancient Magdala, on the shores of the Sea of Galilee, once home to Mary Magdalene. Continue to the Jordan River and renew your baptism as a true pilgrim! We will stop and visit the Harod Spring which bubbles in a cave on the slopes of Mount Gilboa and from here we can enjoy a fine view of the Jezreel Valley and lower Galilee. Proceed to Beit Shean, historical gem that unfolds the fascinating story of a rich period full of changes, was the capital of the Decapolis cities, through which word of Jesus’ miracles and teachings spread (Matt. 4:25, Mark 5: 20). It served as the administrative capital of Judea for over 600 years. We will then stop at Mount Scopus to view what lies ahead, as it is one of the few places from which both the Dead Sea and the Dome of the Rock can be seen.

Begin the day with the glorious view of the Old City of Jerusalem from the Mount of Olives. Visit the Garden of Gethsemane and see its ancient olive trees, remembering Jesus’ agony in prayer for us. Visit Mt. Zion and the Upper Room, remembering the Last Supper and outpouring of the Holy Spirit. Below we can pray and pay homage to Israel’s famous king and ancestor of the Messiah at King David’s Tomb. Then we enter the compound at the St. Peter en Galicantu Church which is built over the site of the house of Caiaphas where Jesus was imprisoned. We will walk through the Jewish Quarter and can visit the stores along the Cardo, a typical Roman street built in the 6th century. We will stop at the Western Wall and observe the dancing and chanting by all Israelis and Yeshiva students to welcome the Sabbath.

We will depart early today after breakfast and start our drive to the mountaintop fortress of Masada overlooking the Dead Sea. Less than 40 years after Jesus was crucified, Jewish rebels took over Masada. In contrast to Jesus’ instruction to “give to Caesar what is Caesar’s” (Luke 20:25), the rebels believed in zero-tolerance for Roman rule. The rebels were surrounded by the Roman army, and took their own lives rather than become slaves. Continue to Qumran and we will stand among the 2,000 year old ruins overlooking the Dead Sea on the edge of the Judean Wilderness, we will experience a dramatic view of the cave in which most of the Dead Sea Scrolls, containing the oldest Bible ever found, were discovered. Descend to the lowest point on Earth and take advantage of the hot springs, mineral waters, and mud baths, and enjoy the desert climate and the healing waters of the Dead Sea. End the day with a taste of Abraham’s hospitality at Genesis Land and experience life as it was in biblical times. Complete your experience with a Camel trek from Genesis Land along the ridge above the spectacular riverbed of Wadi Kelt.

Visit the City of David, the birthplace of the city of Jerusalem, the place where King David established his kingdom, and where the history of the People of Israel was written. See the strongest physical connection between the stories of the Bible and reality, the place where the Holy City started. Prepare to be “Awestruck” at the Western Wall, the last remnant of the Jerusalem Temple Jesus knew, destroyed 2,000 years ago by the Romans. Walk through the Western Wall Tunnels – the original Western Wall of Herod’s Temple Mount over which Jerusalem of later eras was constructed, walking along 1,445 feet of the original, enormous 2,000-year-old Herodian stones, seeing the lofty Warren’s Gate, a street and other finds, and a fascinating interactive model. Next we will visit the Yad Vashem museum Israel’s Holocaust remembrance and education center which is an emotional and heartrending experience, but seeing the exhibits and remembering the Holocaust gives the more than one million individuals, world leaders and dignitaries who pass through its doors annually a meaningful way to commemorate the six million Jewish victims of the Holocaust. We will end our day with a visit to the Israel Museum, the largest cultural institution in the State of Israel and one of the leading art and archaeology museums in the world.

After breakfast we will begin the day with a visit to the spot where Abraham offered Isaac in sacrifice on Mount Moriah, the Temple Mount. Visit The Temple Institute with its model of the Holy Temple and reconstructed sacred vessels based on historical and archeological sources. The site tells the story of the Holy Temple throughout the ages. Continue to the Pool of Bethesda, the site of the miraculous healing of a paralyzed man by Jesus, as recounted solely in the gospel of John, and also the site of the birth of Mary's mother, "Anne". Here over the original pools the purest crusader church in the whole country was built: St. Anne's. Proceed to Gordon’s Calvary and the Garden Tomb. Farewell dinner at an Israeli restaurant before we head to the airport for our overnight flight home.

Arrive in the USA!

PLEASE NOTE!  We reserve the right to omit any site and/or change the itineraryShould it be necessary due to local conditions.

The Fellowship Network Footsteps of JesusNovember 14 to 23, 2021 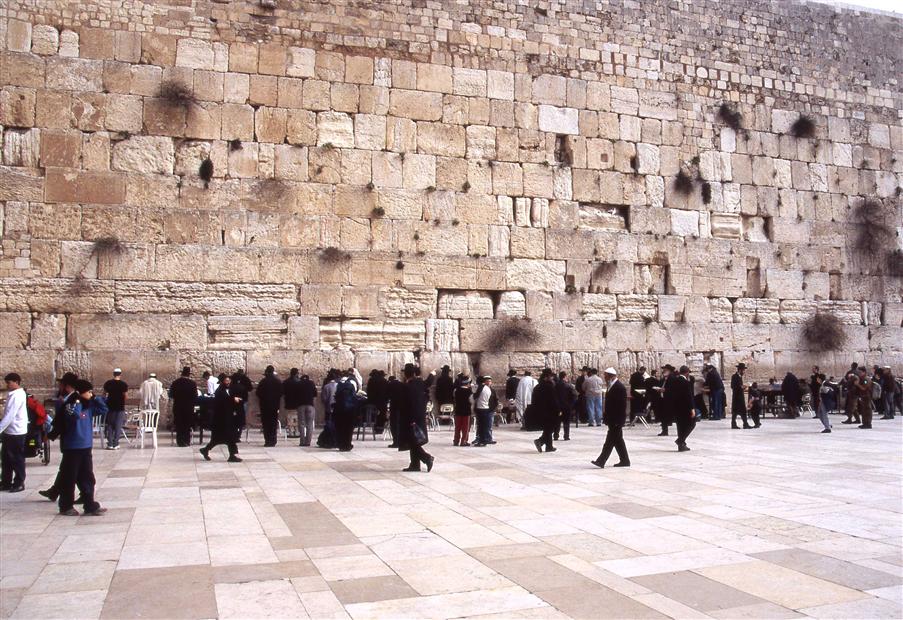